‘They’ say that chemo gets tougher with each cycle, and they are right. I said at the beginning of my treatment that I wanted to view chemo as my friend, after all it is (hopefully) doing me the biggest of favours and it is (hopefully) helping with my cancer’s eviction; it is not as easy as I first thought to stay friends with chemo.

Chemo is most definitely a jellyfish friend – someone you think is all sweetness and light and then they suddenly turn and sting you with a hurtful comment or a snide remark.

This weeks jellyfishing has been vein damage. Thanks Chemo! On the Friday following chemo, my right arm felt a little sore and looked a little swollen around my wrist, but I thought it was just a slight reaction from Thursday’s treatment. Unfortunately it continued to get worse and on Sunday I had lost almost all movement in my arm. It was very swollen and I couldn’t bare even the slightest touch on it. I called my chemo hotline, which is like an A&E service for people on chemo, but each time I spoke to them they said that there was nothing that could be done and to call again if I got a temperature, thankfully my temperature was normal. My cousin works in oncology and has been incredible, she is always on hand to answer my daft questions despite having a newborn and a toddler to deal with, so she was my next port of call. She gave me lots of good advice and so armed with her words of wisdom and some physio exercises from Dr Google I felt that finally I had a plan to help.

Despite my poorly arm, I did manage to get out on the Sunday following chemo, I even (with help) managed to do my hair, which because of the cold cap treatment I can only wash once per week. As you can see, so far, so good (actually good is the biggest understatement, it’s bloody marvellous). My brother in law and nephew were staying with Ally’s mum, so Ally, Filly, the boys and I all went across for Sunday lunch. It’s always so lovely to see Filly and her cousin tearing around, he is only 9 months older so they love to play together. We also had a super lunch; my mother in law had made sure that the food was all suitable for me and instead of roast meat I had vegetable stuffed courgettes (yes, plural, I had to have seconds) with vegan cheese. Much to my disappointment the boys and the toddlers also ate them so a third helping was out of the question! 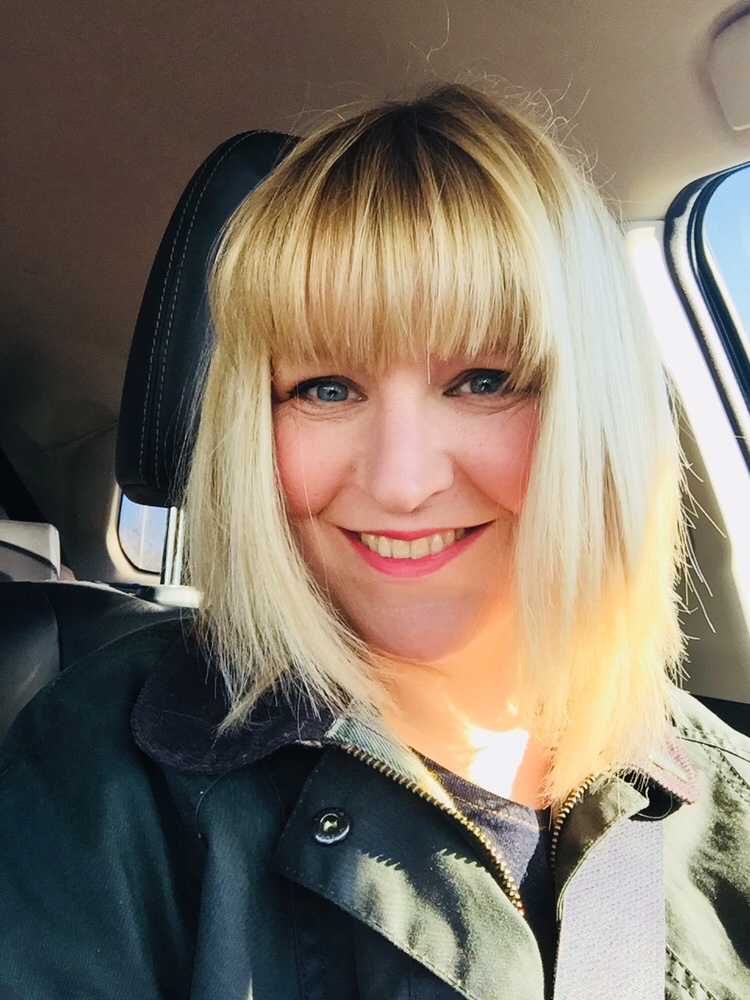 The second jellyfish of this cycle has been some jolly annoying gynae problems and the first few menopause symptoms, mostly hot flushes which aren’t too severe so far, but I imagine they are pretty wretched when you’ve had them ongoing for years as many women do.

It’s extremely frustrating but sadly through this cycle I’m finding out that treatment isn’t quite as joined up as one would imagine. My oncologist, surgeon and breast care nurse have not been able to help at all with my chemo induced gynae problems, or even to offer any advice or explanation on why these things are ongoing. I do have a great GP though and I’m hoping that he is going to come up with something to help; I do know that further down the line after breast surgery and radiotherapy I will also be having a hysterectomy, which is new news and actually something I’m quite ok with. I would have loved to have an entire rugby team of children but it wasn’t to be and so if I’ve no use for those bits of me then get them out and stop the problems.

This cycle has certainly taught me that anything I thought about cancer treatment can change at any minute, and just when I thought that I was understanding the rhythm of side effects, lots of new ones pop in to say hello. I just hope it’s a friendly hello next time!

View all posts by thelastmealbeforechemo