I’ve just read the weather forecast and snow warnings are again in place for the days following my chemo. So far we’ve had snow following 2 out of 3 chemos (and the day after my diagnosis). After the last cycle, we were completely snowed in for a week by the ‘beast from the east’. There were 4-6 feet of snow drifts in the village and our cars were completely stuck for almost a week. My parents couldn’t make it across so Ally had to stay home to give me my jabs for the 5 days post chemo, not that he could have got out to work anyway. So, I demand that you go out now and panic buy bread, milk and wine immediately, I can not be held responsible for my post-chemo snow day powers!

After lots of care and physiotherapy, my veins are starting to ease up finally and I am able to do much more, but I’ve been struggling with putting Filly to bed in her cot, so she’s moved into her ‘big girl bed’. She is such a trooper that I don’t think she gave it a second’s thought. Other than one small escape attempt during nap time (my fault, I’d left a Filly-bottom sized gap at one end of the bed guard), she’s slept wonderfully as always. It’s made things a lot easier for me, but I’m so happy she’s settled well; it’s hard to keep her in a routine when I’m feeling unwell or just a bit fed up and angry at the world, but she’s so happy and gives the greatest cuddles I can’t feel down for long.

It’s hard to know how much to share and how much detail to go into sometimes when I’m writing,. As much as I want this to be positive and to show that life does go on through cancer treatment, it sadly isn’t life as usual for much of the time. I don’t look like a ‘typical cancer patient’, because I’m lucky enough to still have my hair so far, so I wonder if people who see me on a ‘good day’ think that things are perhaps better than they are. I’m very good at putting on a brave face. For the last 4 weeks, I’ve been suffering from gynae problems, which have really got me down and made me feel quite anxious about going out. I’m a fairly determined and single minded person at times, so I’ve refused to let it keep me at home and I’ve been out to play with Filly, I’ve been catching up with friends and I’ve enjoyed some fabulous meals (a scrummy 4 hour 3 course Sunday lunch at Ellenborough Park and a super Japanese lunch at Koj in Cheltenham – my Masterchef obsession was in full force and I was quite starstruck!) We finally celebrated my dad’s birthday too. I have been back and forth with my Oncologist and his team, but they said that there was nothing that could be done, so I tried my GP again who has been brilliant. He’s sympathetic, understanding and actually listened to me, which instantly makes one feel better, and best of all, despite there being many limitations on what he could give me to help (because my cancer is strongly hormonal), he gave me 3 days worth of meds that would help to give me a break and enable me to go away for a weekend with Ally and Filly with, hopefully, less of the anxiety that’s been constantly on my mind.

Before I had my first chemo, Ally and I booked a weekend away for post the third treatment. We booked a hotel not too far away, near Bradford on Avon, Woolley Grange. It looked like a super place and seemed very family oriented. We arrived on Friday, after picking up drugs from my GP and having had a rather disastrous blood test – they tried 4 times and in the end only managed to get a couple of drips, my veins were definitely still protesting. At the hotel we were greeted very warmly and shown into a wonderful room; a huge comfy bed for us, an enormous en suite and a little tucked away corner for Filly to sleep in her travel cot that they’d provided. We had time to have a little wander around and play outside with Filly before it was time for her dinner. Each evening they have a special ‘high tea’ for the wee guests where they have their dinner and the parents have some nibbles and cocktails (or freshly made kale, avocado, apple and banana smoothies for me – Ally had told them of my situation before we arrived and they were very sweet and accommodating). Filly had houmous and crudités to start, she was utterly delighted, followed by another all time favourite of homemade pesto pasta, and because she was on holiday she was allowed a banana split for pudding; that girl can eat! I think she worked off most of her dinner that evening as we spent the next couple of hours pushing dolly around the hotel and grounds in her pushchair. The hotel provided a babysitting service so at 7.30 Ally and I went down for pre-dinner drinks, Amaretto and Cranberry for Ally – which they kept trying to give to me (obviously a ladies drink), and a mocktail for me. Dinner was lovely, the veggie options were limited but I was happy with the choices so it didn’t matter and Ally had the most enormous Ox cheeks I’d ever seen. After dinner we went into the lounge area and sat next to a roaring log fire playing quiz games and scrabble. I can’t remember when I last felt so relaxed and happy, I couldn’t wait for the next two days for much of the same.

We all slept really well and woke refreshed and ready to attack breakfast. There were the usual cereals and fruit salads and a delicious homemade granola and then a really interesting cooked food menu, Filly had scrambled eggs and soldiers, Ally had a super looking full English and I had avocado and organic poached egg on toast. After breakfast Filly was booked into the on-site nursery. Each small guest gets 2 hours childcare each day. She was very happy and got stuck into playing straight away. Ally and I went for a long walk and then warmed ourselves by the fire with the Saturday papers and a decaff coffee, neither of us could remember when we’d last read a newspaper without interruption, it was magic. After collecting a weary but happy Filly we went for a walk into Bradford on Avon to look for somewhere to eat lunch, I was still too full so had a decaff coconut milk latte (heavenly), Ally was also too full and just had a hot chocolate, and Filly sensibly and greedily ate a toddler sized beef stew and veggies. She then slept in her push chair for two hours while we wandered around.

After nap time, Ally and Filly went for a swim in the spa. I’m not allowed to swim during chemo because of the infection risk, but I was happy to watch them. Ally takes Filly to swimming lessons while I ride on a Saturday so it’s wonderful to see the progress they are making. She’s a real water baby and loves going underwater and jumping in from the side. After that it was time for high tea all over again – more houmous and crudités to start, followed by fish and peas, and raspberries for pudding.

Again we had had a babysitter for Filly and we made our way downstairs hoping for another lovely dinner; we played more quiz games with a drink before heading into a very busy dining room. I had greens with hazelnuts and radishes followed by herby gnocchi with roasted and pureed beetroots which was earthy and delicious. Ally had a fine looking smoked venison tartare followed by duck and then chocolate mousse for pudding ( I couldn’t manage another morsel). After a late dinner we were both tired so we had a quick drink by the fire and headed to bed. Unfortunately that’s where the relaxation ended. Ally either had food poisoning or a bug as he was violently ill for the next 36 hours. As we didn’t know if it was the food he’d eaten or a bug we couldn’t take the risk of me contracting a bug as it would almost certainly have landed me in hospital, we had to separate ourselves from each other (thank goodness the nursery took Filly). I had to call Ally’s mum to come and collect him and drive him home so that I could drive Filly and myself home. Ally ended up staying at his mum’s overnight. Needless to say it wasn’t the best mother’s day for Alyson and myself. Thankfully Ally is fully recovered now and Filly, Alyson and I have all been fine. The hotel couldn’t have been more apologetic and are still investigating what has happened; until that point it really was such a wonderful weekend – maybe the break we are booking for the end of chemo will be more successful, I think I’ll make Ally turn veggie wherever we go! 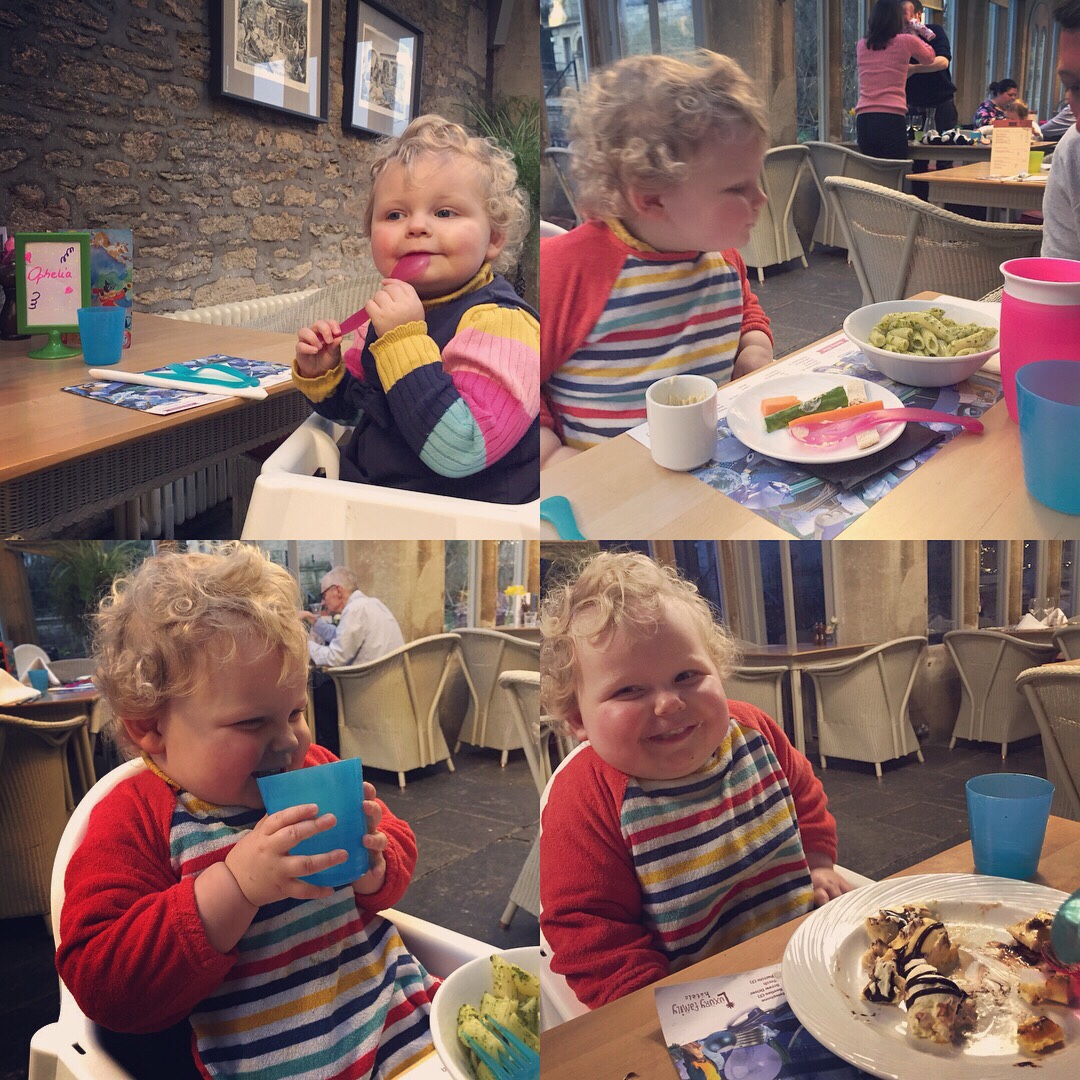 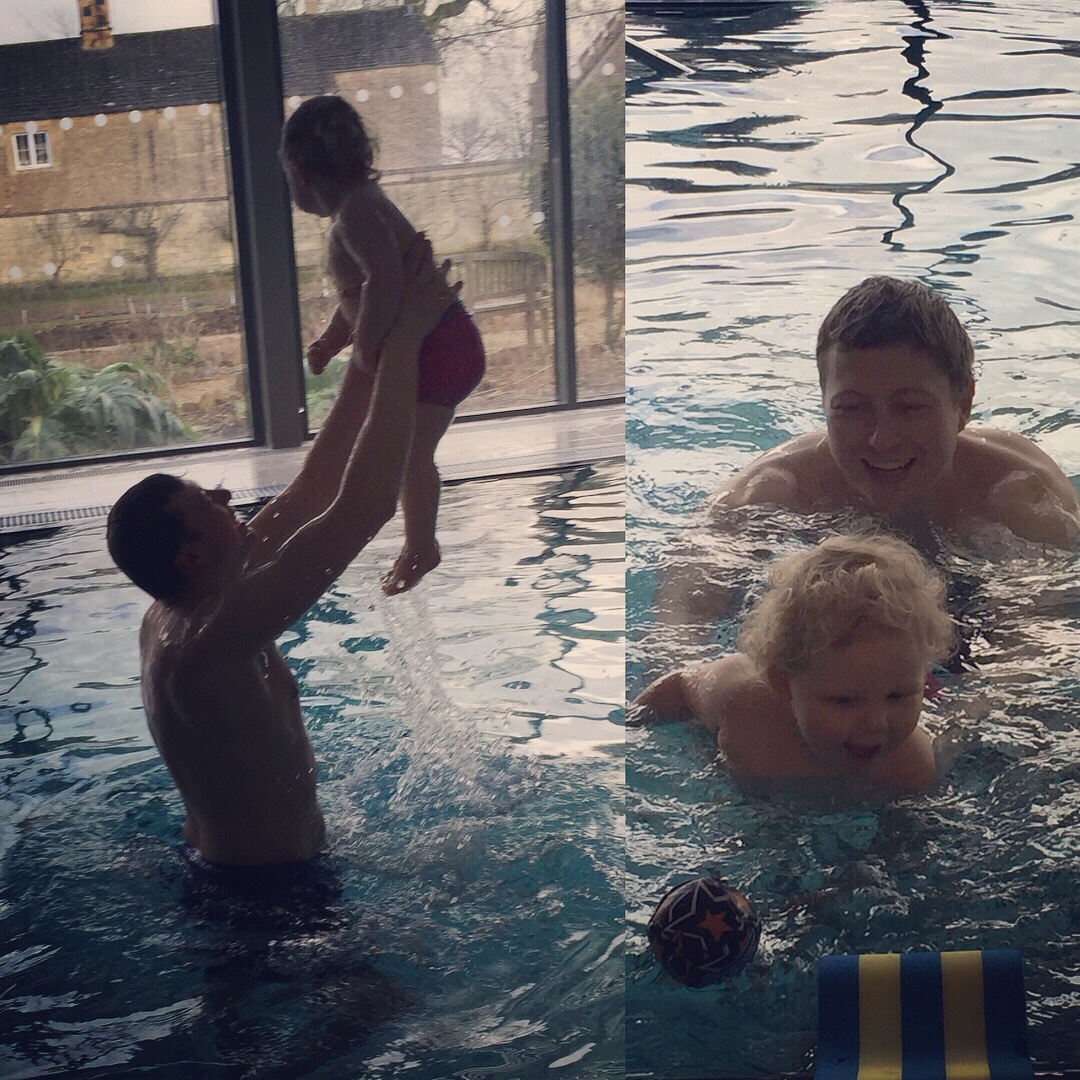 View all posts by thelastmealbeforechemo